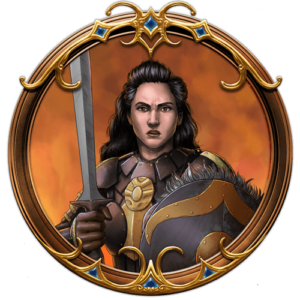 Sarva is a Pa-pa in Akkadia’s elite Qurubuti Guard, and commands a company of sirkatu.

Born Shala, she was raised as a princess before her family and world was destroyed, everything she knew turned upside down during a tumultuous Akkadian revolution when her family fell from favor.

Early Years. Shala was raised as part of the extended royal family of Ahatsuna, formerly the queen of Akkadia, in the capital city of Eriku. At the age of seven, Shala was seventh in line for the throne. As a royal, she was born into the upper echelons of aristocracy and enjoyed the privileges of being amongst Akkadia’s elite. She was wealthy, popular, loved by everyone, groomed for a life of luxury, living in the queen’s palace.

Akkadia is a female-dominated society; men are kept uneducated and are essentially slaves for the women who own them. They are used as laborers and soldiers, but the officers of the military and the land’s governmental officials are all women. Religion plays a huge role in Akkadia, with temples to the various female Akkadian gods everywhere. The priestesses of Ishtar, Ereshkigal, Ninlill, Damkina, and Nanshe pull the strings of power. 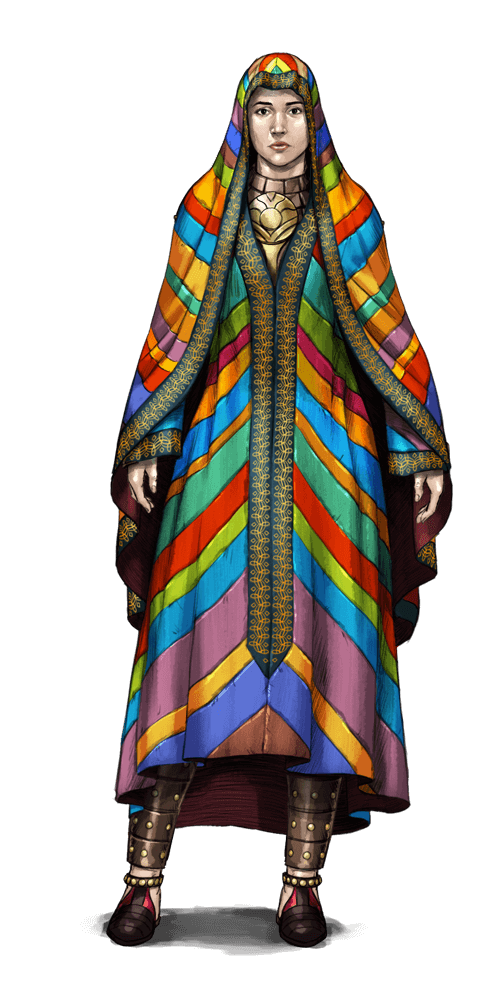 When Iltani, demigoddess and daughter of Ishtar descended from Anum and demanded to sit on the throne of Eriku, few dared to question her. But Patesi Ahatsuna dared. For such heresy, Ahatsuna and all the females of Ahatsuna’s family were executed. Ahatsuna’s lands and holdings were stripped, including her palatial estate, and the family name became relegated to that of a minor noble family.

But one daughter of Ahatsuna escaped. Erishti, a priestess of Damkina, the Akkadian goddess of nature, rescued Shala, raised her as Sarva her daughter.

Adolescent Years. Sarva was raised to adolescence by Akkadian priestesses. She continued her martial studies but also learned the gift of animal speak during these years.

Sarva excelled at swordsmanship and showed signs of leadership at an early age. By age sixteen, she was released as an adult from her regency, and by age eighteen, she had earned a military commission as a Pa-pa (roughly equivalent to a Pert captain) and was given command of a company of sirkatu, (her males). 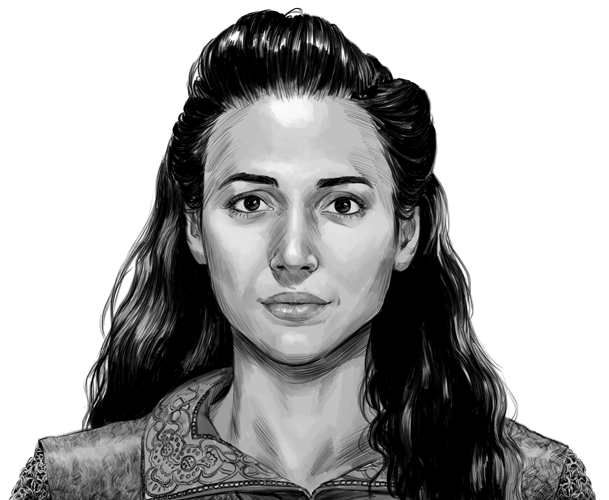 Sarva is portrayed by Yasmine Aker