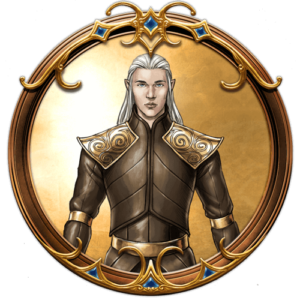 Zane Adraelestos is a bard student at the prestigious Bardic College of Dorsang.

Born the son of an imperial senator, Zane Adraelestos was raised in a luxurious castle, in an enchanted forest, surrounded by servants, his every whim and desire sated. And nothing spoils the young faster and more completely than immortality and endless riches. Especially when parents are absent from the home.

In addition to wealth and station, Zane was born Etharch, which is to say he is elven nobility. The Etharch are cherished by the elves and fey beings of the Garnon and other great forests of Chaldea, treated as divine sacrosanct beings—the epitome of elven spirituality.

Through luck of birth, Zane was given everything—he had no wants or desires and was treated with high-esteem, sometimes approaching supernal worship by the fey folk serving the Adaelestos estate.

Zane’s parents, Zebastian and Adiah Adraelestos, are well-known and respected in both elven and human society alike, hardworking and dedicated to their craft.

Zane’s father, Zebastian was an imperial senator, a representative of the Garnon Forest, one of only a small handful of elves in Emperor Kordaava’s government. His government job kept him away at court, spending weeks and months in Saratof, the capital of the empire.

His mother, Adiah, was a high-ranking Etharch politician, the Chair of the Council of Chaldean Affairs, an elven governmental body located in the Garnon Forest, responsible for directing elven organizations around the world of Chaldea. While closer to home than Saratof, Zane’s mother was no less distracted, “Governing is a full-time operation”, she would say.

Zane’s parent’s careers and professional duties and obligations, left very little time for their son. And as such, he was raised by estate personnel: servants, and tutors and spent the majority of his elven youth, (which is a very long time), in private institutions of learning. Zane was a bright student, and gifted writer, capable of achieving high marks in anything he set his mind. Early on in his life, his future seemed almost certain, following in his father’s footsteps.

Eventually Zane’s education career led him to the Island of Dorsang, in the Free City of Esh, attending the renowned Bard College. Zane had ambitions to be a bard – a musician like his mother – a story-teller like his father.

He started off studying philosophy, fine arts, history, and then music and yet, after twenty-four years, had no diploma to show for his efforts—or lack thereof—except for a long trail of heartbroken maidens. For Zane had discovered the joys and ecstasy of girls, alcohol and hallucinogens, and the bliss of youthful dalliance. 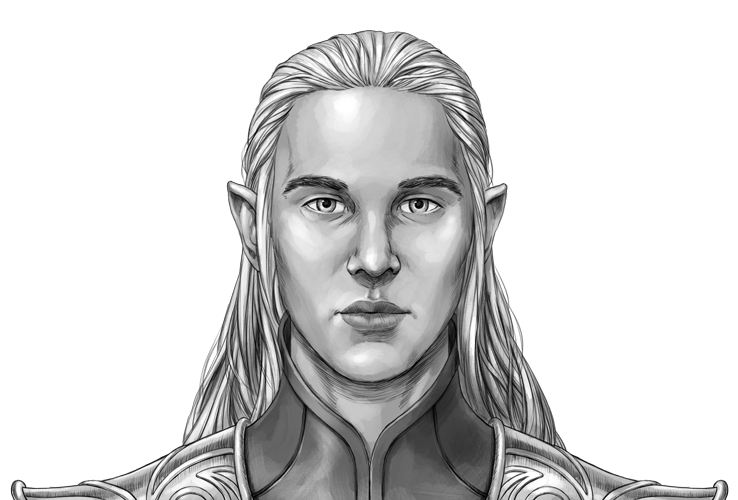