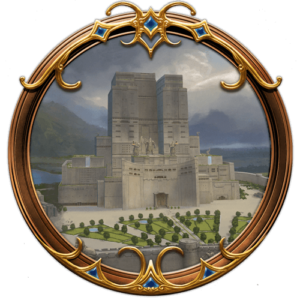 Enchantments Guard is a massive, dwarven built fortified complex in the kingdom of Hesse, north of the capital city of Augstat, positioned upon the strategic high ground at the mouth of the Garnon River which acts as a tributary border between the kingdoms of Hesse and the “enchanted” Garnon Forest, hence the “Enchantments Guard” name.

Topping the scales at over 600-acres, (1-mile square), it is one of the largest and most impressive fortifications in Chaldea.  The main stronghold, dominates the horizon in all directions standing an impressive 1,400 feet above sea level. It overlooks the Garnon river and the Waldsteg Bridge to the north; the imperial coastal highway and the Great Sea to the west, the 10th legion’s castrum and arboretum to the south, and the town of Burstadt and its protected deep-water harbor to the east.

Enchantments Guards’ main stronghold attracts all the greedy attention, but there are major architectural wonders hidden behind its protective walls to amaze even the most calloused historian, the North Wing Palace and it’s 400 rooms and 12 state rooms, 30 royal and guest bedrooms, is held permanently in reserve for Emperor Kordaava and his family, should he visit; the ankh shaped Temple of Set said to have been built on Set’s home plane; and the Deeper Delve Palace and Museum, a World Legacy Site.

The inner courtyard is an architectural dream rivaling anything constructed by man or elves, at 74-acres, it is large enough to easily contain an entire imperial legion and support auxilia with room to spare.  Stretching from the Steeple Causeway’s golden nugget main gate to the main stronghold are the Gylfaginning gardens, dedicated to the brothers Nordri, Sudri, Austri, and Vestri.  The formal gardens with their prominent water features, trees, flower and dwarven statuary date back 1,000 years before the Claw Hammer War and continue to be meticulously maintained with dedicated staff of dwarven gardeners and attendants.

The main stronghold is the official residence of Governor Hellwig Johann von Gustavus. 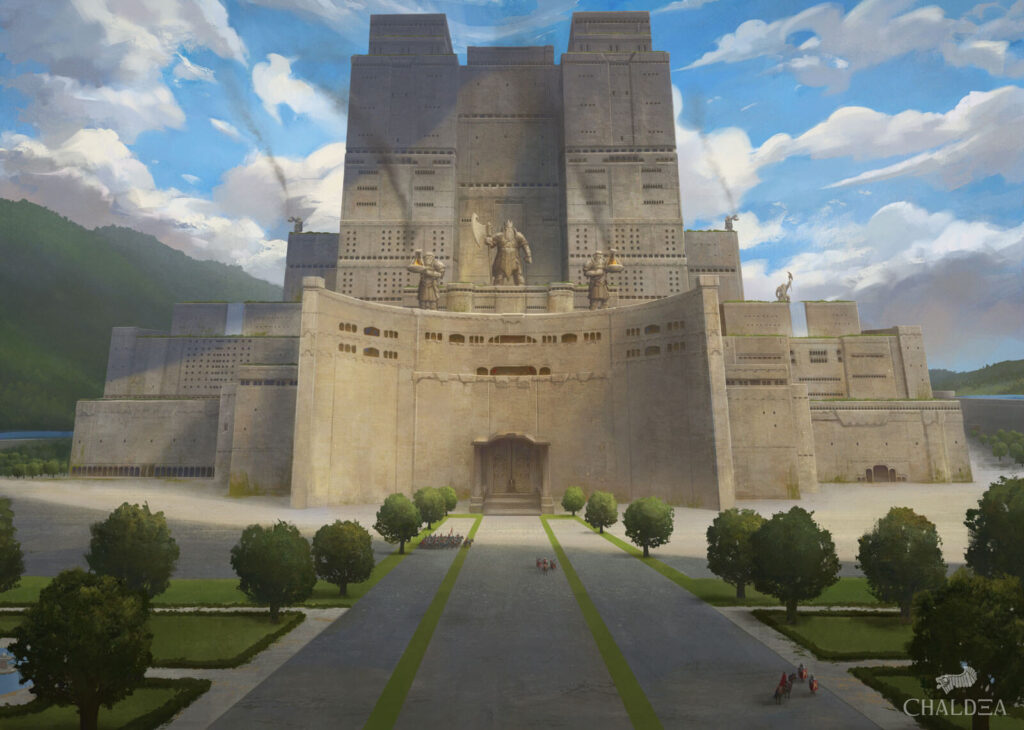 Massive seems too mundane a description for the labyrinth of the thousands of reportedly unused rooms within its superstructure. It is large enough to be a city unto itself and at one time was rumored to be the center of the dwarven universe. Archaeologists of both Augstat and Dorsang Universities, often describe Enchantments Guard as a stone iceberg, hinting at what lies beneath.  “Dwarves don’t usually build up, they build down”, said Ottmar zur Hölldobler, the curator of the Museum of Niessia. “If the monument to dwarven fortitude stands 1,400 feet, how far down must it go?” Leaving historians and archaeologists to ponder the mysteries hidden buried beneath.

“Have you never noticed,” said, Horseshoe Jack, a Garnon Ranger gesturing up at the edifice from the Walsteg bridge, “how oddly similar Enchantments Guard looks to a gravestone? Makes you wonder, what could be buried there, hmm?”

Dwarves originally built Enchantments Guard over 1000 years ago when they lived on the surface of Chaldea. During the Hammer and Claw War, as the dwarves descended underground, they abandoned Enchantments Guard rather than see it destroyed by dragons.

Since the dwarves abandoned Enchantments Guard, humans have fought over the citadel repeatedly. It played a key role in the history of Hesse, serving the role of “the mountain” in a regional game of King of the Mountain. Possession of Enchantments Guard has always signified a sort of de facto right to rule, at least by those who believe might makes right, an ethos sensible to many ancient Hessens.

The 10th Legion’s castrum, was established well before Emperor Kordaava’s coronation, built as a base of operation and staging ground for his campaign against Niessia.  Originally a dwarven settlement that lay in ruin, the area south of the Stronghold was clear-cut and prepared for a modern imperial facility: At the center of the campus is a wide green Field of Set where the 10th Legion practice drills and prepare war strategy and tactics.  Circumnavigating the field is a wide cobblestone and clay track used for all manner of training horses, chariots and legionnaire daily running routines to stay fit.

The campus like all imperial castrum’s is a fortified township with all the amenities, capable of withstanding an endless siege if required. It features estate homes and barracks for officers and troops, bathhouses, barns and stables, arena’s large and small, smithies and robust civilian conveniences, like shops, taverns, restaurants, butchers, and bakers.

The Town of Burstadt resides protected behind highwalls on the eastern side, low and away from the Stronghold near the Garnon river harbor where the civilian staff live—servants, retainers, cooks, professional tradesmen, artisans and laborers and family. 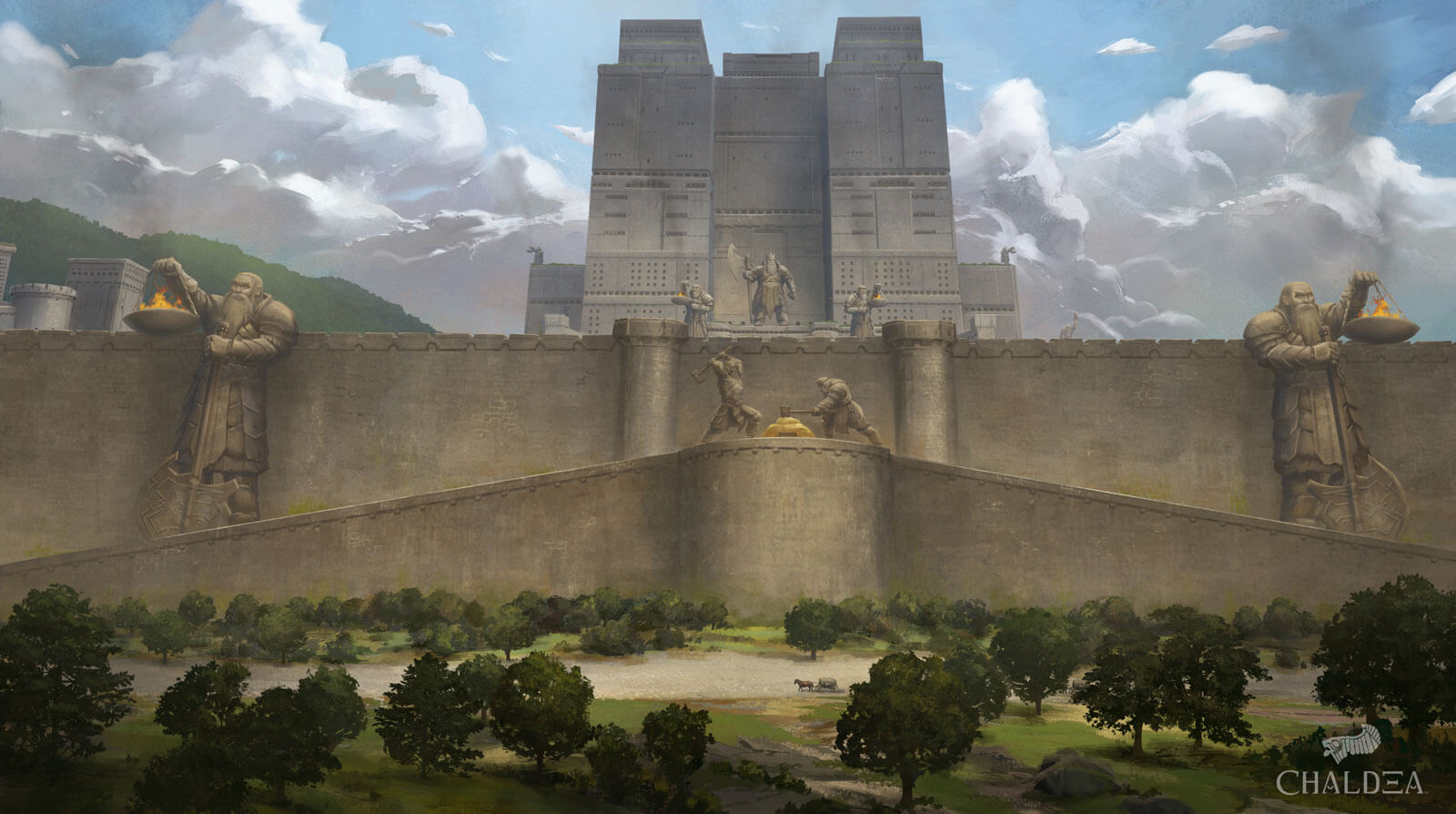 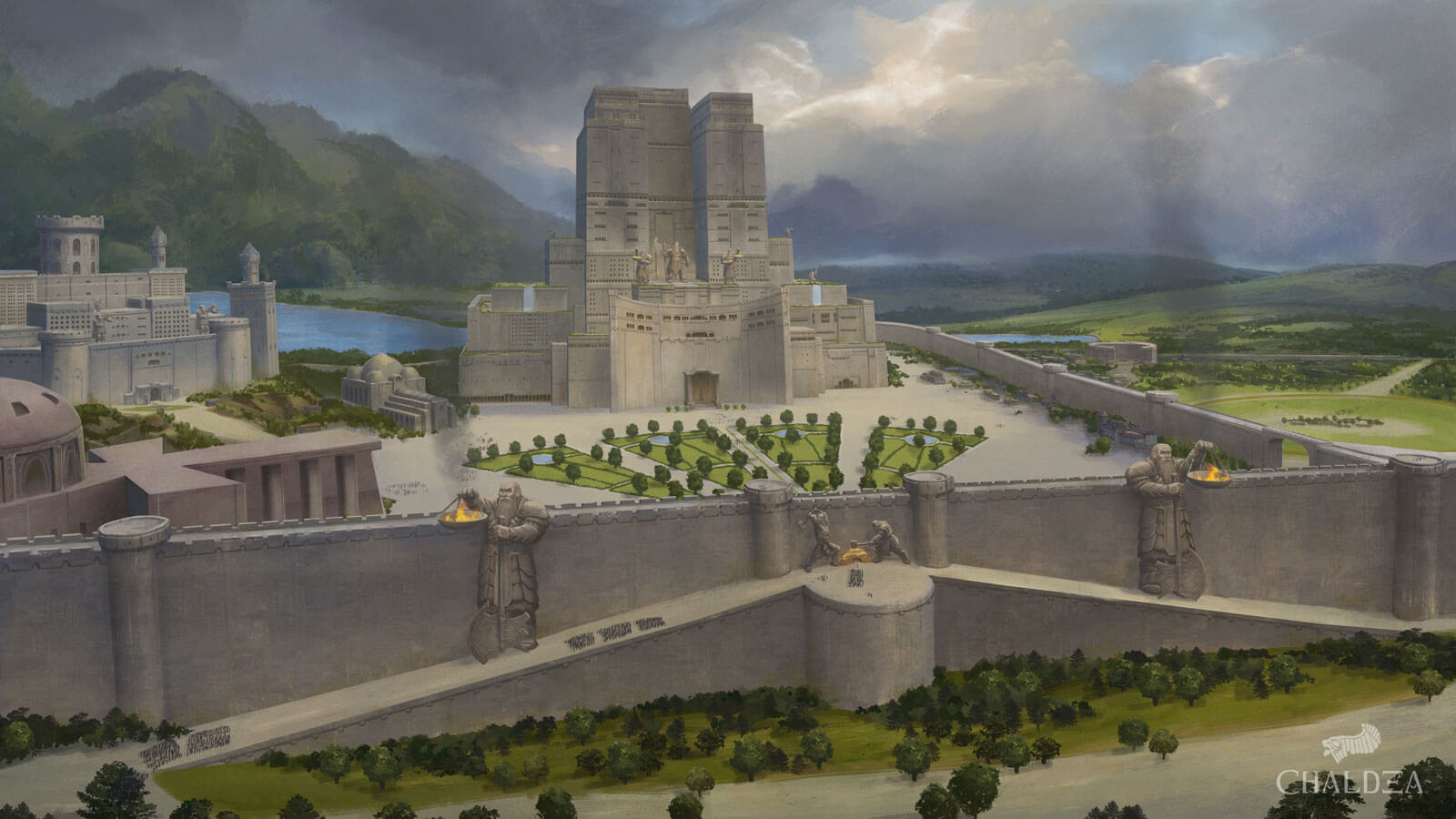